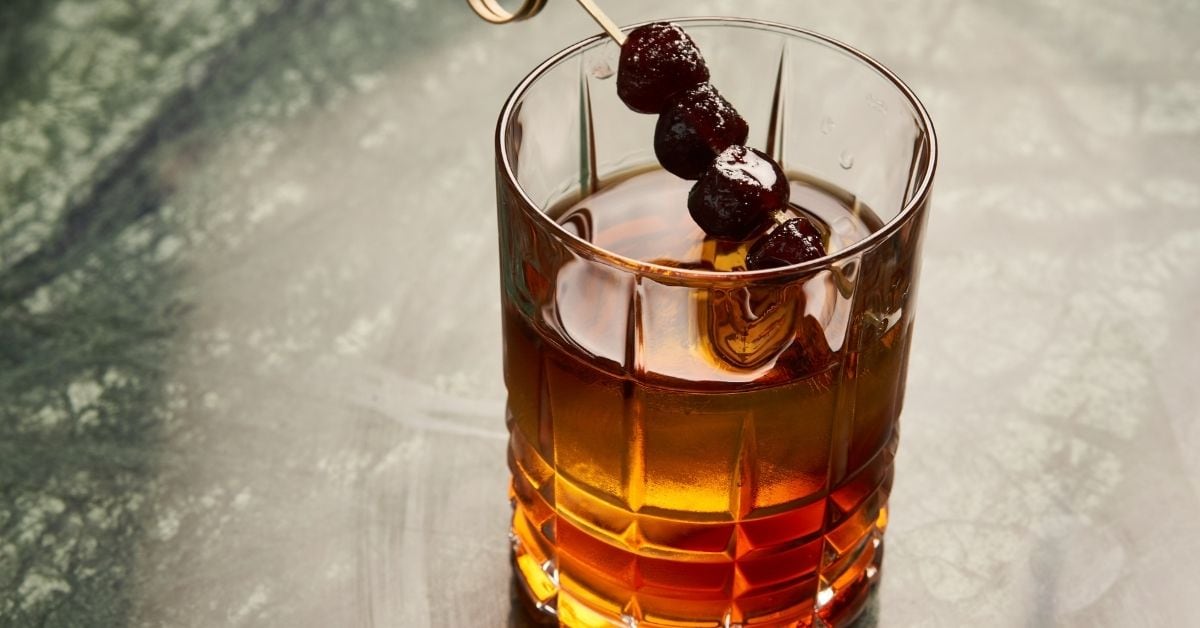 For this list, I’ve pulled together 10 of the best, most flavorful Cynar cocktails I’ve ever tried so that I can share them with you guys and spread the wealth.
If you’ve never had it, Cynar is a bittersweet Italian aperitif. It primarily takes its flavor from the 13 different plants and herbs with which it is made.
Want to save this recipe? Enter your email below and we’ll send the recipe straight to your inbox!

It has a relatively low alcohol by volume (ABV) content, and since it’s an aperitif, you’ll traditionally serve it before a meal.
However, thanks to its stomach-settling properties, it’s also perfect for after dinner.
Regardless of whether you want to enjoy these Cynar cocktails before or after dinner or at some other time of day, this list has you covered.

Although “artichoke hold” may be an incredibly witty pun, the artichoke hold still seems like a rather odd name for a cocktail.
At least, it does until you realize that one of the main ingredients in Cynar is the artichoke. Then it tends to make more sense.
This drink is similar to a mai tai, but it has a tangier, much more bittersweet flavor. You’ll make it with Jamaican rum, which is a solid base for any drink.
Then, you’ll top it off with Cynar, elderflower liqueur, lime juice, and orgeat, giving it notes of sweetness, bitterness, zestiness, and nuttiness.
It’s a complex drink with lots of layers, but as a whole, they make something delicious.

Of all the various Cynar cocktails you can make, the Cynar spritz is likely the most well-known.
It’s a simple, 2-minute cocktail that combines Cynar, Prosecco, soda water, and ice.
It’s light, bubbly, wonderfully refreshing, and fun, particularly if you squeeze a bit of lemon juice into the glass and top it off with a lemon wedge and a festive straw.

As the name of this easy-to-make, four-ingredient drink would imply, the Bitter Giuseppe is relatively bitter, although it’s not so bitter that you can’t drink it without wincing.
Want to save this recipe? Enter your email below and we’ll send the recipe straight to your inbox!

You’ll make it with Cynar, sweet vermouth, freshly squeezed lemon juice, and a few dashes of orange bitters.
It’s the distinctly herby flavor of the Cynar that gives the drink its bitterness, not the orange bitters like some people think.
In reality, the citrusy tang of the bitters and lemon juice and the vermouth’s sweetness help tone down some of the drink’s overall sharpness.
They smooth out the roughest edges.
It takes only a minute to make and is light and easy on your stomach, making it the ideal nightcap.

Speaking of quick and easy, it doesn’t get much faster or much more straightforward than the three-ingredient rabo de gallo, which literally translates to “rooster tail” or – you guessed it – “cock tail.”
You’ll add your Cynar and sweet vermouth to the base of Cachaca, which is a sweet and fruity, slightly spicy Brazilian liquor.
You’ll get light hints of the fruity sweetness, but mostly, this cocktail has a rich, oaky flavor that’s similar to that of rye whiskey or bourbon.

If you’re looking for a traditional cocktail with a strong alcohol taste, a light sweetness, and rich undertones of tartness, smokiness, and zest, you can’t beat the Jeez Louise.
To make it, you’ll need Cynar, lime juice, triple sec (Cointreau is recommended), Averna (another Italian liqueur), and club soda to top it off and make it sparkly.
Garnish it with an orange wheel, stick in a pretty straw, and enjoy!
(Just be sure not to leave it sitting around unattended. It looks precisely like a cold glass of Coca-Cola on ice. You never know whose little hands might pick it up for a taste.)

If you’re looking for a refreshing cocktail that won’t ruin your diet, give the red vermouth and Cynar cocktail a try.
It has a relatively low alcohol content and is low in calories. Plus, it tastes great.
In addition to the red vermouth and Cynar in the name, you’ll also need orange juice, mole bitters, and an orange twist for the garnish.
The result tastes a little like one of the fruity varieties of V8; only there’s no tomato juice in this drink.
Still, you’ll get distinct notes of citrus and veggies, so my V8 comparison stands.

This recipe takes the traditional mint julep and gives it a bit of Italian flair. You’ll need Cynar, grapefruit juice, raspberry syrup, lime juice, and fresh mint.
The herb and veggie flavors of the Cynar pair perfectly with the fresh mint and grapefruit, and the raspberry syrup helps bring a bit of much-needed sweetness to the cocktail.

Because you’ll make this mixed drink with tequila and gin as well as the Cynar, it’s quite a bit stronger than several of the other options on the list.
And because the drink’s earthy, slightly bitter flavor almost wholly masks the alcohol flavor, the buzz can creep up on you quickly, seemingly out of nowhere.
For that reason, I advise sipping this drink, not chugging it, and drinking it with caution.
It’s not sweet, so you won’t even get that heavy, weighed-down feeling from the sugar.
This unassuming little drink can knock you off your feet before you know it.

Everything about this drink is incredible, from the charred rosemary sprig to the smoky dry ice. I wish I could serve this one all year long.
However, even if you don’t go all out and add the additional spooky extras, the drink itself is still fantastic.
It’s strong and bitter like the classic Negroni, but there’s an underlying hint of berries, as well.
Unless you’ve tried it for yourself, it’s a complex flavor combination to describe.
But take my word for it: If you like slightly bitter, earthy, and herby cocktails but also enjoy ripe strawberries, this drink is the one for you.