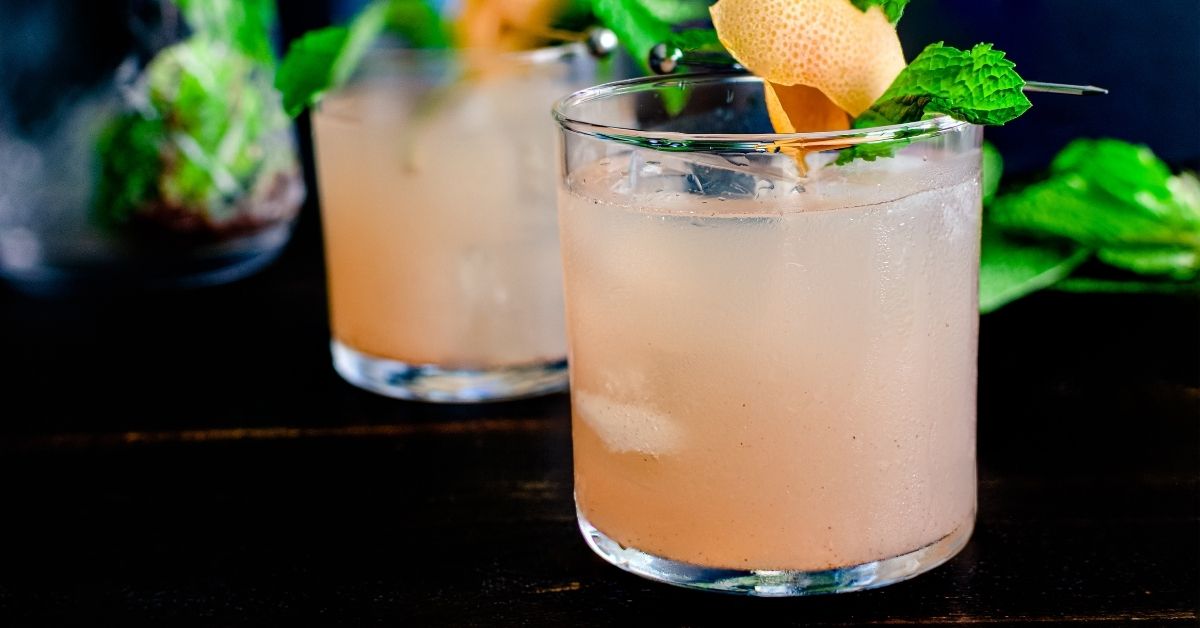 Sadly, Greek cocktails aren’t as popular in the United States as cocktails from several other countries and regions.
For example, some people only know about Greece’s national drink, Ouzo, and others don’t know anything about Greek drinks at all.
Want to save this recipe? Enter your email below and we’ll send the recipe straight to your inbox!

Still, as anyone who’s ever been to Greece can tell you, there are some phenomenal Greek cocktails out there.
Once you try a few, chances are, you’ll be a pretty big fan yourself.
If you’re unsure where to start, don’t worry about that, either.
I’ve compiled a list of 10 of my favorite Greek cocktails that you can whip up in no time with minimal effort.

The Greek jelly bean cocktail is for those who are looking for something a bit more tart, but with just a hint of sweetness, as well.
If you’re someone who loves black jelly beans, then this is, hands down, the drink for you because that’s precisely what it tastes like – black jelly beans.
Additionally, its vibrant, bright blue color is another point in its favor.
It doesn’t matter where you’re drinking it, as it’s sure to turn plenty of heads your way.
(You can make it with red raspberry liquor if you prefer red drinks, but the blue is much more eye-catching and unique.)

The Greek Bloody Mary is a lot like any Bloody Mary you’ve had anywhere, but there are a few unique tweaks.
For one thing, you’ll use 20 rocket leaves to make it!
Don’t worry, if you’re not sure what rocket is – other than a big thing scientists shoot into the sky – it’s simply arugula.
Want to save this recipe? Enter your email below and we’ll send the recipe straight to your inbox!

If you’re anything like me, the term “mulled wine” evokes images of simmering wine and fruit juices, plenty of herbs and spices, and a warm drink that makes your kitchen smell fantastic.
This mulled wine is precisely like that.
You’ll start with a bottle of semi-sweet red wine, and to that, you’ll add honey, cinnamon sticks, whole cloves, and an orange peel.
It smells incredible, and it tastes even better.
And best of all, it only takes 15 minutes to make, which is far preferable to some of the more traditional American mulled wines.

If you’re in the mood for something cool, light, refreshing, and perfect for summer, you’ve got to try this incredible raspberry Ouzo slush.
All you’ll need to make it are raspberries, nectarines, Ouzo, lemon water, and lemongrass.
When it comes to flavors that’ll help you relive your childhood, this one is ideal.
It gives you that sweet, almost candied taste of a fruity slushie, but there’s also the deep anise flavor and a bit of zesty freshness from the lemon water and lemongrass.
It’s the grown-up version of the ICEE that you never knew you needed.

This cocktail is as quick and easy to make as all the rest, but it will take a bit of time to make the fennel simple syrup.
Even so, if you love coffee, you’ll love this robust drink.
Aside from the fennel simple syrup, you’ll need ice, Ouzo, Tia Maria, chilled coffee, and an orange slice for a zesty garnish.
The fennel syrup heightens the licorice flavor, and the coffee is, well, coffee, and that’s always yummy.
It’s a slightly sweet, incredibly rich drink that’ll linger long after you’ve finished drinking it.

If you’re a fan of black licorice and enjoy drinks that are somewhat tart, then this cocktail was practically designed just for you.
You’ll make it with nothing more than Ouzo – which is an anise-flavored drink with a rich licorice flavor – lemon juice, and a sprig of rosemary.
The rosemary is more of a garnish than anything else, but if you want to be sure a bit of its flavor makes it into the cocktail, you can muddle it before serving or drinking it.

This simple, three-ingredient cocktail combines Ouzo, grenadine, and Galliano, which tastes like vanilla-infused anise with lots of tasty herbs.
As a result, the drink has a complex, hard-to-describe taste that’s not at all sweet but also not entirely bitter.
It falls somewhere in between the two, though it definitely leans more towards bitterness.
It’s also a drink that tastes better when it’s icy cold, so be sure to add enough ice when you’re combining the ingredients in the shaker.

To me, anything with the word “doctor” in its name automatically makes me think of something bitter and medicinal.
In short, it probably won’t be something I’ll enjoy.
The Greek doctor cocktail, though, is nothing like that.
Instead, it’s a delicious drink that you’ll mix in a shaker with ice cubes. Simply combine Ouzo, vodka, lemon juice, and orange juice.
It’s a potent cocktail with a light, refreshing flavor that’s primarily citrusy with just a hint of dark anise added for depth.
Despite its perfect-for-brunch flavor, this drink is much more appropriate for after dinner.
And be sure to sip slowly, as it has more of a kick than you realize.

One of the best things about Greek cocktails is how easy most of them are to make.
The roaring Greek tiger uses only two ingredients – Ouzo and orange juice – and takes mere moments to make.
It’s like the Greek version of a screwdriver, but it has a much richer, deeper flavor, thanks to the Ouzo.
The lightness of vodka just can’t compare with the anise-flavored Ouzo.

And last but not least, we have the Ouzo martini – an easy-to-make, six-ingredient drink made from orange juice, pineapple juice, Ouzo, vodka, lime juice, lime slices, and ice.
It’s a moderately strong drink with plenty of fruit flavor, but thanks to the Ouzo and lime, it’s not overly sweet.
Instead, there’s a zesty bitterness to it that makes it unlike any martini you’ve ever tried.